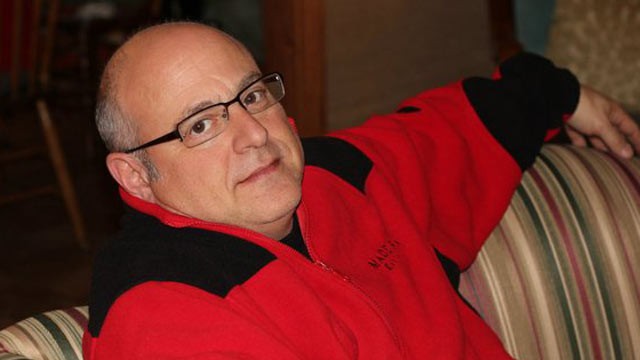 Producer and entrepreneur Charlie Fink and two dozen other members of the Patriotic Millionaires for Fiscal Strength lobbied members of the super committee to increase their tax rates. (PatrioticMillionaires.org)

Two dozen wealthy members of the group Patriotic Millionaires for Fiscal Strength are targeting members of the deficit “supercommittee” to increase their taxes.

Entrepreneur and producer Charlie Fink, said he and other Patriotic Millionaires testified in a congressional hearing and visited the offices of 13 members of Congress on Wednesday, seven of whom are members of the supercommittee, to express their concern for the country’s fiscal health.

Fink, who lives in Washington, D.C., said if the Bush tax cuts do not expire, the country “is digging itself a big hole by foregoing revenue.”

“Without revenue, we will never solve the problem by giving tax cuts to the wealthy while supporting two foreign wars,” Fink, a former AOL executive, said.

“It was a very refreshing conversation that restored my faith that there are people who, in spite of their financial successes, have not lost their compassion and sense of fair play,” Rep. Clyburn told ABC News after meeting the group.

The supercommittee has stalled on how to trim over $1 trillion from the budget.

Democratic members of the group met on Wednesday for more than two hours.

Patriotic Millionaire Robert Johnson, former chief economist of the U.S Senate banking committee, said that the current economic system is not broken, but it is “working on behalf of those who designed it in their favor.”

“America is no longer based on markets and capitalism, instead our economy is designed as ‘socialism for the rich’ – it is designed to ensure that the wealthiest people take all of the gains, while regular Americans cover any losses,” he said at a press conference this afternoon in Washington, D.C.

“It’s a Las Vegas economy where regular Americans put their money on the table and the richest 1 percent own the house,” he said. “And if the 1 percent happen to lose money, the 99 percent bails them out – covers their losses and then stands by watching while the house does it all over again.”

Last November, the Patriotic Millionaires launched with 45 signatories who sent a letter to President Obama asking him to allow the Bush-era tax cuts to expire at the end of last year. The petition was signed by the Grammy Award-nominated DJ, MOBY, as well as Jerry Cohen of Ben-and-Jerry’s-Ice-Cream fame.

The Patriotic Millionaires for Fiscal Strength wrote a 155-word letter saying they hope their taxes will increase. Its text is posted at FiscalStrength.com.

The message of the group has remained the same.

“For the fiscal health of our nation and the well-being of our fellow citizens, we ask that you allow tax cuts on incomes over $1,000,000 to expire at the end of this year as scheduled,” the group’s website states. “We make this request as loyal citizens who now or in the past earned an income of $1,000,000 per year or more.”

Millionaires in favor of raising their own taxes remain hopeful

Higher Taxes for the Rich: Fair or Warfare?